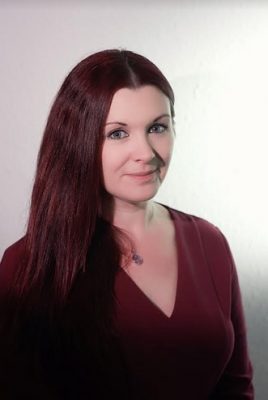 Get in touch with Kama

I was born in Winchester in 1985 and grew up in social housing, the eldest girl of 9 children-spread between two homes. I was a young carer without realising it at the time, my Dad (who passed away last year) had schizophrenia and my Mum lived with an alcoholic, suffering years of domestic abuse. At the age of 15 I was moved to a looked after child youth hostel. In 2001 the Labour Government piloted the Connexions Service in Hampshire; I was fortunate to get the support of one of the first Connexions Personal Advisors. She supported me with my housing, education and mental health. She ignited a determination to give back what she had given me.

I moved to Kent when I was 16, after finishing college I began working for Connexions Kent and Medway as a Young Persons Worker. It was my role to promote the service to young people in schools and youth provisions; who better to advocate for the service than a grateful service user. When I completed the fixed term of the post I began working for 6.5 years for Kent County Council, training as a Detached Youth Worker engaging hard to reach young people. We worked under the Every Child Matters framework providing risk reduction and social education.

Shortly after starting I became a teenage parent to my eldest son at 19. This was during the teenage pregnancy crisis  and I was living in the teenage pregnancy capitalof Europe. Finding no support for young parents I started a social support group. This was the first step into one of my proudest achievements; I founded a Voluntary Organisation which was run by young parents for young families, with funding from the National Lottery the organisation grew rapidly. We provided accessible spaces for services to engage the families and provide a variety of support.

I was approached by UK Youth (who had been commissioned by the Government) 2 years later asking if I would manage the Movers and Shapers Project for the South East, training teenage parents in a BTEC in Peer Education to engage young people in consultation about youth experiences of health services. Together with other regional partners we produced a toolkit for youth consultations. At the same time I was working in partnership with the local authority on the Teenage Pregnancy Strategy. In 2008 I trained in Business with The Princes Trust, gaining their support to sponsor their first Social Enterprise under their youth business support programme. I founded a CIC training teenage parents as peer educators to teach PHSE relationships education in schools and alternative curriculum provisions. I was funded in part as a provider for Primary Care. After having my second son I took some time out, standing down as Business
Manager and Organisation Coordinator of the two services I had worked so hard for.

I decided to use this time to invest in myself, studying social sciences with a social policy pathway with Open University. I also trained as a Restorative Justice Conference Facilitator and Community Panel member for the Youth Offending Service. In 2012 I was appointed the South West Regional Family Support Coordinator for Adfam and Young Addaction consulting parents of young people
misusing substances to develop parent carer support services. My eldest son was diagnosed with autism when he was 7, I knew we couldn’t stay in Kent with the 11+ system he would be forced into a large academy which wouldn’t meet his needs. My partner worked for Kent Police and knew he could find work with Avon and Somerset Police, so we decided to work towards moving to the South West. When we arrived I worked for Somerset and Wessex Eating
Disorders Association as Operations Manager developing their young person services. I became a parent governor for my eldest sons secondary school which was in special measures, I am proud to say it is now an Ofsted graded Good school.

For the last 3 years I have been part of the Senior Management Team for Carers Support Centre Bristol and South Gloucestershire as Young Carers Service Manager. I have been my local BLP Chair and stood for parish and district elections in the most recent elections. I have been a Unison member since starting to work in the public sector 16 years ago. My entire career has been focused on identifying needs within communities and finding solutions for them; I am a confident, experienced, professional and empathetic person. I used to say to young people I worked with “I don’t want to lie on my death bed and remember episodes of Eastenders or Big Brother, I want to think about all the
people I have helped and be proud of the difference I made.”