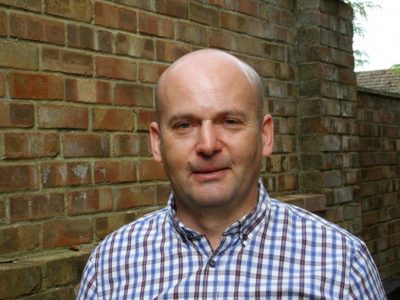 Get in touch with Terry

I work as a Delivery postman in Yeovil, for Royal Mail, and re-joined the Labour Party in April 2014. I am also a Jeremy Corbyn supporter as I believe in honest politics.

I represent Yeovil South at Parish/Town level. I am married with two children who attend local schools Holy Trinity and Westfield. I have lived in Yeovil since February 2005 and have seen big changes to our town in that time. If elected I hope to build on the positive effect that Labour have been making at Parish/ Town level and bring a more balanced view to the County Council.

I previously stood for South Ward in 2013 and I remember both the Conservatives/Liberal- Democrats pledging to freeze council tax. The Liberal-Democrat candidate won but currently serves as an Independent. It now looks like Council tax may have to be raised.

The cuts that have been implemented by the current Conservative run County Council include £950,000 cut to mental health budgets. Somerset County Council also approved budget cuts of up to £16 million that saw cuts to funding on Youth services and adult social care.
Recently a consultation process was undertaken where 1,300 people responded with their views which helped retain the Yeovil – Shepton Mallet Saturday bus service. I would like to see the re-introduction of Sunday Bus services but due to lack of funding this is could be a big challenge, however many people are unable to get around without public transport and there is an impact on town centre business.
This brings me to what I could offer if elected as a County Councillor. The council has previously predicted an overspend by the end of April 2017, it is my pledge to you as a candidate not to make any false promises to get elected but to promise that if you put your trust in me I can challenge the current mismanagement that is happening in County Hall and I will fight for a fair deal for the residents of Yeovil as it now looks likely that Council tax will have to be raised to fill the budget black hole. There has never been a better chance to elect more Labour Councillors to County hall, for too long we have been under represented in politics in Somerset and with your help in May we can start building a better future for our town.