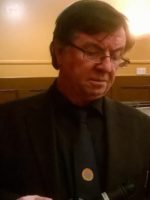 Dulverton and Exmoor make up the far western reaches of the County of Somerset , the Constituency of Bridgwater and the District of West Somerset. There is no Labour representation there, however the local Labour Party is based in nearby Minehead.

At District level the ward is a mixture of Conservative and Independent. 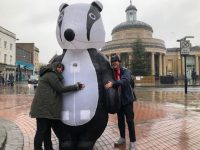 There was something akin to terror at Tory central offices in Bridgwater last saturday as Conservative party staff dialled 999 and called for Police assistance when a giant badger appeared outside. The Tories who support the controversial badger cull, must have felt their come-uppance was nigh and a giant zombie badger from their evil past […]