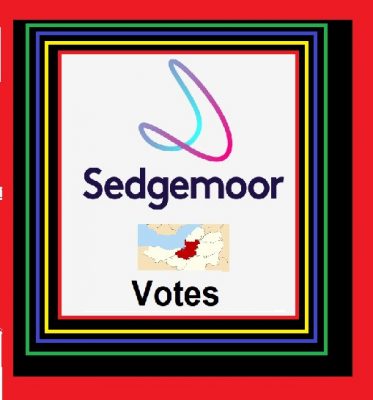 As the District Councils scrutinise and vote on the Stronger Somerset Unitary bid one by one around the county, Sedgemoor District Council today declared outright cross party support with 39 members in favour 0 against and 4 (Tory) abstentions. The business plan had been studied in depth at Scrutiny Committee on Monday where 5 additional recommendations were added. These were accepted by the Sedgemoor Executive today at a special meeting. At Full Council on the afternoon of Wednesday 9th September 2020, at a historic meeting, Sedgemoor voted for a proposal that would essentially see itself abolished -along with County -and replaced by 2 new unitary authorities. The remaining County districts will be voting during the course of the week. Labour Leader Brian Smedley described the Stronger Somerset vote as “A more democratic option than the remote county monolith threatened by One Somerset and one which commits to better service provision, protects jobs and restores historic powers to the Towns and parishes.”

Contributions to the discussion included Labour’s Cllr Leigh Redman (Hamp) who ‘emphasised the need for clarity in the plan with regards to Adult Social Care and Childrens Services which ha said ammounted to 3/4 of the current county budget’ and Lib Dem Leader Cllr Bill Revans  (North Petherton) who advocated ‘better accountability’ plus a (hopefully tongue in cheek) ‘return to the boundaries of Alfred the Great’.  Tory Leader Cllr Duncan McGinty (East Polden) thanked the opposition for supporting the bid and said there would be an 8 week consultation period. He also said he ‘reserved the right to put the 2 choices to a Somerset wide vote and reminded members that the last time County had gone for a single county bid (in 2006) the people of Sedgemoor had voted 84% against that option.

Councillor Brian Smedley, who chaired the Scrutiny committee, incorporated the motion and the points raised by scrutiny in his speech, which we reproduce here

“We all agree that this is a spectacularly bad time to be considering local govt reorganisation. It’s as if everything was going so swimmingly that just one more positive contribution to the Nations progress would be the icing on the cake. Instead, we’re in the middle of a global pandemic, a looming recession and with a no deal Brexit staring us in the face. And as if things couldn’t get any worse the minister responsible for taking forward the unitary projects has just resigned…. for..apparently… ‘unclear reasons’.

This whole thing feels like a done deal to many of us…but…I think not…..the current governments ‘flexibility’ on its policy positions is becoming a feature on the political scene just now. One persons U-Turn is of another persons ‘flexible response to criticism’. So theres quite a lot of that going on just now…. Which means, it probably IS worth engaging.

And we do have to engage in this because the alternative vision already on the table is no friend to the kind of grassroots local democracy that councils at our level and below recognise as anything like an improvement.

I have to say that If this was a genuine local govt review we would be starting by looking first at how local government could be properly funded and remain at least AS accountable as it is.  However, It at least gives us the opportunity to decide exactly where best community leadership should sit.

And we also have to engage because the public need to be involved in this process, Because during the covid emergency  there isn’t even the option to call a referendum on the subject.

Speaking as the leader of the opposition and the chair of scrutiny I can confirm that there have been many concerns about this bid -and we have raised these. But I’m also pleased to say that our main 5 areas of concern were identified, recognised and shared by both other parties here and have now been incorporated in the revised recommendation – which means that we will support this in the knowledge that those concerns are cross party  and so during the next phase of the development of this business case the following points will be taken on board-

Referring to the Executive recommendations then

A genuine commitment to localism as demonstrated by a clear offer of devolution of income generating services with the appropriate funding formula to town and parish level in line with the SALC principles.

That ward boundaries be designed to be relevant and local with the smallest practical representation negotiated to avoid any democratic deficit.

The crucial sticking point is the future of Children’s Services and Adult Social Care So the commitment to address the matters raised regarding Governance, funding and accountability to show that these proposals are capable of delivering improved public services and that ,importantly,  in-house options are not ruled out.

Finally – and crucially, that frontline services are protected , remain  democratically accountable and far from cut jobs and services, the new authority is committed to actively recruiting staff while maintaining and enhancing recognized high quality services. To this end we especially  welcome the contribution today from the Trade Union Unison which emphasises quality of services; protection of decent employment and skills; effective local democratic oversight and accountability; and the delivery of  an integrated vision for future public sector provision of services.

Like the workers , who of course are the life blood of local authorities and of  the economic system that we all live in, we would expect these criteria, plus  detailed cost benefit and equality impact analysis, to be central to the next  more detailed, business case and we look forward to be part of that discussion alongside them and the Towns and Parishes”