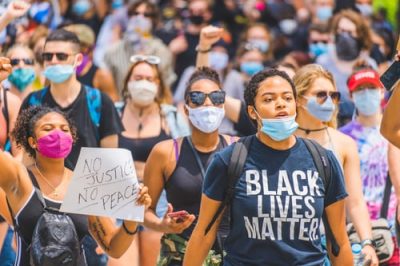 Following the  killing of George Floyd by US Police last week a wave of protest swept not just that country but the whole world. And that includes Somerset. This weekend protests are planned in Bath (Sat 6th June) Yeovil (2pm Sunday 7th June) and Taunton (Friday 12th June). In Bridgwater, Labour councillors have also spoken out following the failure of MP Ian Liddell-Grainger to reply to his constituents. Olivia (22) from Dunwear ward in Bridgwater wrote to Somerset Labour saying “ In light of recent events I emailed the current Bridgwater MP, Ian Liddell-Grainger about the ways in which he can better support the Black Lives Matter movement and the black community in Bridgwater. Unfortunately I have not yet received a response and I do not have high hopes for one, therefore I am copy and pasting the email onto you guys. I will be grateful for any help that your voices can bring to this movement.” 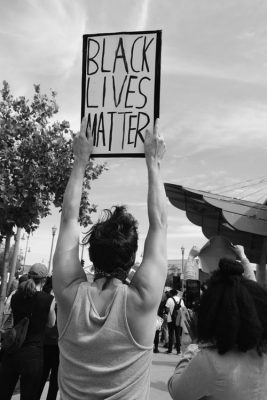 In Olivia’s original email she wrote “My name is Olivia and I am a member of your constituency. I am writing to you today to discuss the Black Lives Matter movement, and how we can address and challenge racial inequalities both abroad and in the UK. I ask you to use your voice to stand up against this injustice towards black people. The following issues need to be addressed, and I ask you to use your platform and voice in Parliament to amplify them.

I hope you will address these issues as they stand, and continue to use your voice to support the Black Lives Matter movement. Now is not the time for complacency. Yours faithfully, Olivia , 22, Bridgwater 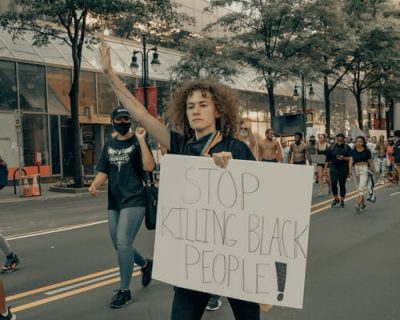 Olivia’s ward councillor Alexia Bartlett (Dunwear,Labour) said “It is with true disgust and horror that I learnt of the murder of George Floyd. His horrific death is a cold and terrifying depiction of how institutional racism reveals itself in cruelty and barbarity. Racism, and all its overt and covert associations, has been built up over centuries – centuries of slavery and white privilege, along with the simple, deluded belief that colour is the issue that defines a human being. We are not born racist – it is a state that we acquire because of others’ ignorance. It is a state that we acquire because of our refusal to question others’ behaviour, and it is a state that we acquire because we cannot be bothered to do anything else. We must, absolutely must, be bothered. We must be bothered to work, every day, at being anti-racist – because being anti-racist is an active thing. We must question ourselves about our thoughts, our attitudes and our beliefs and scour away any prejudice based solely on the colour of a person’s skin. Black Lives Matter.” 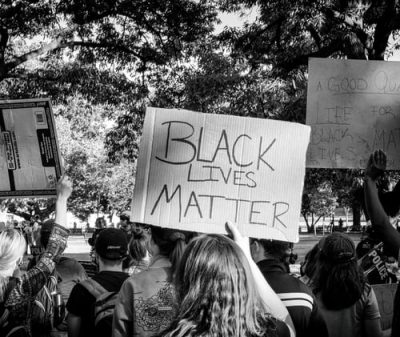 Eastover Town Councillor Glen Burrows (Eastover, Labour) said “I support all of Olivia’s demands.Boris Johnson had to have pressure put on him by in parliament by Labour leader Keir Starmer on Wednesday to even mention, never mind condemn, the police murder of George Floyd , a week after the event. This is not just happening in the USA. Racial inequality and prejudice exist throughout the world, including here in Britain, and we must work together to condemn and eradicate it. “

Victoria Town Councillor Mick Lerry (Victoria, Labour) said “Olivia has emailed her Member of Parliament, Ian Liddell-Grainger, for him to address and voice racial inequalities in Parliament. The issues relate to Black Lives Matter and many people have been shocked by what they have witnessed, regarding the death of George Floyd in the United States of America. Olivia is concerned about the the trade of teargas from the UK to the USA as gas and rubber bullets are used against demonstrators. Similar concern was raised in the UK during the troubles in Northern Ireland, when the use of rubber bullets killed some demonstrators. Olivia is also concerned about the number of BAME front line workers who have died during Covid-19. There is no place for racism in any society and the fears and concerns of the community must be addressed. At the moment the local MP has not responded to Olivia’s correspondence on this matter; but, it must be addressed as part of the representative democratic process that many of us stand for”. 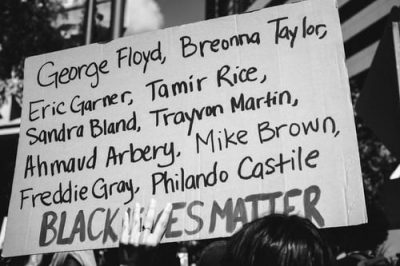 Leader of Bridgwater Town Council and Sedgemoor District Labour group , Brian Smedley (Westover, Labour) said “Everybody should condemn the appalling murder of George Floyd whilst in police custody in America and the pathetic response by President Trump which is cynically trying to exploit the situation to create more divisions rather than understanding and dealing with the systemic racism and hatred which exists not just in the USA, but is also present in our country and across the world. Labour and the Trades Unions support the Black Lives Matter campaign  and oppose all forms of racism and discrimination and we all stand in solidarity to end racial discrimination in all its forms.”